With speck, spinach or cheese… Always to love. 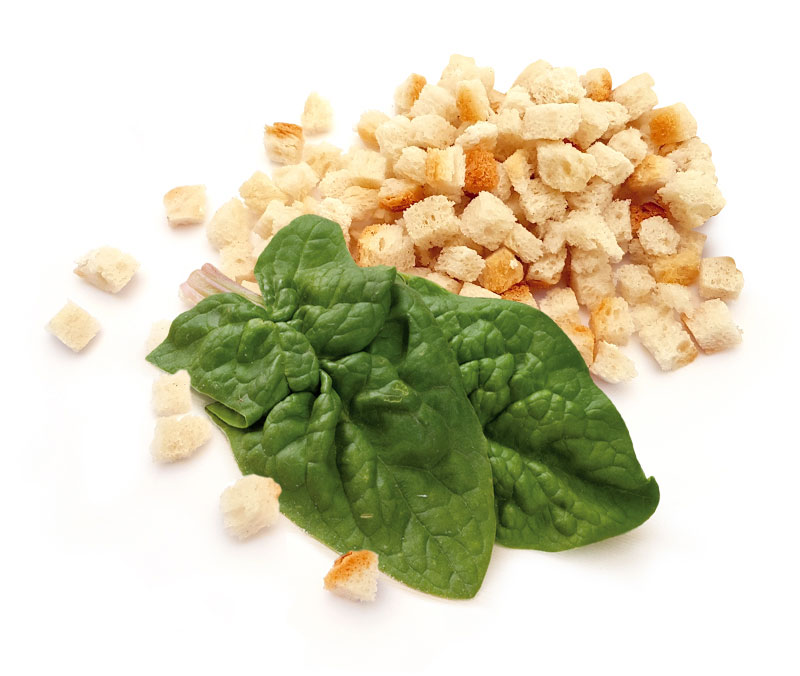 Canederli are delicious large round dumplings (usually called Knödel) made from a mixture of stale bread, flour, eggs and milk. These bread dumplings are traditional in Trentino-Alto Adige, the Alpine region in North East Italy that borders with Austria. There are several variations of this regional dish (for example with red beet or nettle) but the most common are: speck dumplings, spinach or cheese dumplings.

Dumplings can be considered part of “cucina povera” (cuisine of the poor), as they are made of simple and inexpensive ingredients. Nourishing dish for the farmers of the past have come down to the present day. They are served as a first course or as a main entree.

The dish is often served in local restaurants, and each family has its own traditional recipe. The Gojer/Koch family is a model company in South Tyrol and produces the typical deep-frozen spinach dumplings, dumplings with cheese or speck.

Dip the frozen dumplings in boiling broth or salted water for 20 minutes.
Excellent one-course meal to serve with salad! 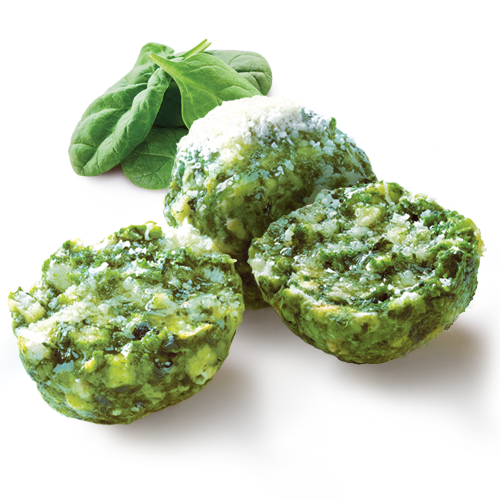 Serve them with butter and parmesan cheese.
And the “super dish” is served!